Leaving Church: A Memoir of Faith

Barbara Brown Taylor is an Episcopal Priest, first as an associate priest in large city parish in Atlanta and then as the minister in a small country church. Taylor relates what led her to the priesthood, how she discovers the tiny church that appeals to her and the five years she spends there. While she's there the church grows and the demands on her time increases until she finally suffers burn out. She promised to stay for ten years but when an offer to teach religion at a nearby university comes up, she grabs it.

This is her story how leaving the ministry actually allowed her to find God again. Not that she ever really lost Him, but there was never time to have a conversation with Him. She experiences discovering the sabbath again, a time where she is not expected to be somewhere doing something and it is rejuvenating for her. She discovers church and God in the backyard of her country home.

As I rounded the corner on my first front porch church service with my congregation of creation, I framed an apology to all the people who had ever told me they were not in church the previous Sunday because the weather had been so nice. At the time I had judged them for shirking their duty to worship in community. I had thought they needed to be where I was, meeting their own responsibilities for keeping Grace-Calvary going. Clearly I had forgotten that people are not the only creatures who glorify the Lord...On the first Sunday after I left church, the irony was hard to miss. If one day without work had that much holiness for me, then what else had I missed while I was laboring for the Lord?

I can relate to this. The LDS church preaches the importance of keeping the sabbath and then proceeds to break it by demanding so much from the congregation. God took a break on the seventh day from work. For the Mormon people the sabbath means that you don't work at your regular paid employment (exceptions for essential services excluded), but you're still expected to work. You have to get up early and get everyone ready for church on time. And you're there for at least three hours or it doesn't count. If you have a leadership calling you have meetings. You may have to do your home teaching that day. There's a fireside you're expected to be at in the evening. If you're lucky you might squeeze in a meal and a quick nap.

No one thinks any of this is restful. In fact there's a joke in the church how Sunday is the busiest and hardest day of all.

I never saw in the scriptures that the Sabbath was supposed to be a day of hard work.

Taylor points out that she is given another Sabbath while she's a minister but because hardship isn't convenient and as a devout minister she couldn't say no, her sabbath was taken up with work.

Leaving church is not about a woman who leaves God, nor even really leaves church. There is no crisis of faith here, just a woman who finds God in other ways.

It's a lovely book with beautiful writing about a woman who's identity is in her vocation and how taking off the uniform leaves her invisible and lost for awhile. She explains her adjustment from being the star of the show to being on the side.

Here's an excerpt randomly selected. It takes place at a house party - a rare occurrence of an invitation because you simply don't invite the parish minister to fun parties, but since she has handed in her resignation then she is free to accept it. She's standing at the edge of a pool when suddenly a fully clothed adult gets pushed in.

I stood back and watched the mayhem that ensued. All around me, people were grabbing people and wrestling them toward the water. The dark night air was full of pool spray and laughter. The kids were going crazy. Several people hunting for potential victims turned toward me, their faces lit with smiles. When they saw who I was they turned away again so that I felt sad instead of glad. Whatever changes were occurring inside of me, I still looked waterproof to them. Like the sick man in John's gospel, who lay by the healing pool of Beth-zatha for thirty-eight years because he had no one to put him in when the water was stirred up, I watched others plunging in ahead of me. Then two strong hands grabbed my upper arms from behind, and before I knew it I was in the water, fully immersed and swimming in light.

I never found out who my savior was, but when I broke the surface, I looked around at all those shining people with makeup running down their cheeks, with hair plastered to their heads, and I was so happy to be one of them. If being ordained meant being set apart from them, then I did not want to be ordained anymore. I wanted to be human. I wanted to spit food and let snot run down my chin. I wanted to confess being as lost and found as anyone else without caring that my underwear showed through my wet clothes. Bobbing in that healing pool with all those other flawed beings of light, I looked around and saw them as I had never seen them before, while some of them looked at me the same way. The long wait had come to an end. I was in the water at last.


I can relate to this book. I too am leaving church. Not God. And I haven't completely left church either. I like church. I just want to feel the spirit more and claim the sabbath back. So I will go to whichever church I feel like going to and no longer be guilted into doing things I don't want to do.

Or at least I'll try.

I am doing a series on the Barbara Brown Taylor book "Gospel Medicine" because I'm so taken by her thoughts and writing style. So here's a little bio about her stolen from Amazon. 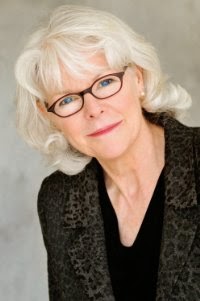 Barbara Brown Taylor's last book, An Altar in the World, was a New York Times bestseller that received the Silver Nautilus Award in 2012. Her first memoir, Leaving Church, received an Author of the Year award from the Georgia Writers Association and won the Theologos Award for best general interest book of 2006. Taylor spent fifteen years in parish ministry before becoming the Butman Professor of Religion at Piedmont College, where she has taught world religions since 1998. She lives on a working farm in rural north Georgia with her husband Ed.
Posted by Anna Maria Junus at 10:06 AM