Pirates of the Deseret or Mutiny on the Bountiful 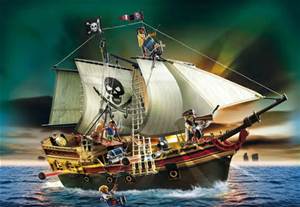 An LDS conference or two ago, one of the apostles talked about the church being a boat that everyone needs to stop rocking because otherwise you’ll end up swimming with the sharks. Okay, that’s not exactly what he said, but whatever it was it reminds me of the song from Guys and Dolls “Sit Down You’re Rockin’ The Boat.” That song and the Hughes Corporation “Rock the Boat" which I can't get out of my head right now. So I'm giving it to you.

Just recently self-proclaimed LDS expert Krista Cook took the concept and turned us all into pirates. I have no idea how Krista Cook became an LDS expert and what her credentials are, or where you go to school to get that doctorate, but there it is on her blog so it must be so. Interestingly, in one of her blog posts she criticized LDS “pundits” for proclaiming that they’re experts. Hmm, sounds like she’s a little sore that she has to share the title.

Let me make something perfectly clear. I am not an expert in anything. Even if “anything” was something identifiable, I would not be an expert. I don’t claim to speak for God, nor for the LDS people, nor for anyone but myself. I just have ego enough to write a blog and the imagination to believe that anyone is reading it.

So because I have brought up her name and this blog post references her blog post about mutinous pirates, I will link you to her. It’s only fair. You can choose to read her or not. Just come back to me. Don’t abandon my ship just yet.

Mutinous Sailors Must Leave the LDS Ship
Okay, so now that you’ve read her, it’s my turn to jump aboard the pirate ship or jump off it or jump somewhere.

Ms. Cook accuses those who have become disillusioned with being mutinous. Well, you know what? Sometimes there’s a reason for mutiny.
So you see, lots and lots of reasons to mutiny or abandon ship.

One of the biggest is when you get on board believing that the ship is being guided by reliable compasses and maps created by the greatest map maker in the world, only to find out that the directional materials were actually created by an ego driven con man who made stuff up out of a hat. He created maps that made no sense, had longitude and latitude in the wrong places, built land masses where there were none and moved others to weird locations. He was indeed talking out of his hat.

Further Ms. Cook mentions a contract that all sailors signed. What she fails to mention is that for some sailors, they signed the contract at eight years old, hardly mature enough to be signing contracts. Others signed contracts only later to find out that important information which should have been in the contract was purposely left out, information that may have stopped them from signing the contract. Now that hardly seems fair, does it? But then I guess we're talking pirates and they don't need to play by the rules.

Many things were not discovered until later, long after contracts were signed and the ship set sail, such as the crazy map maker, the ugly uniform that you don’t know about when you board ship but later have to wear even if it's uncomfortable and unbearably hot in the summer; the hours of time and money that’s demanded; the leaky vessel built with substandard materials; the unequal ways that people are treated based on gender, race, gender, economic position, gender, nationality, gender, sexual preference, gender, family and friend relations, gender, residential location, and gender; the censorship demanded even in private life; secret handshakes and passwords required to be in the ships special club; the punishments inflicted on those who have different ideas or opinions; the outrageous spending at the captain’s table and his quarters while some sailors go hungry; and the captain and his officers who don’t have a clue but will do anything they can to retain power including demanding that no one ever question them and throwing those overboard who do.

There’s also the lie that  the Great Ship Bountiful is the only boat on the sea. That there are no other boats to be found anywhere and the only other option is the shark infested waters. 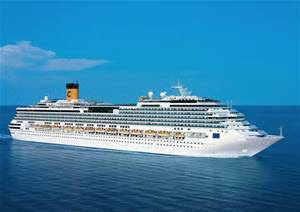 Actually, there are lots and lots of boats in the sea. Great huge cruise ships far larger than the Bountiful, little tugboats, sailing ships, motor boats, war ships, boats that are just for partying and boats that go out to rescue other boats. Sure, some boats are bad nasty pirate ships that promise adventure and leisurely living but are instead commandeered by an octopus face bent for hell. And some boats are well meaning but extremely strict and don't let the sailors have any fun. Some boats treat the women sailors as slaves and regularly beat and torture them. And some boats are completely lost and going in circles.

And then there are other boats where people are nice and help each other and have good maps and a decent captain at the helm, and they won’t kick you off if you don’t agree with them all the time. They drink coffee and tea and play cards and have wine with dinner instead of Kool-Aid and the women can go swimming in bathing suits that show their shoulders and knees. Some of these boats 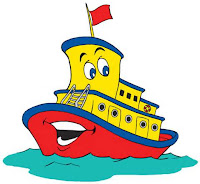 even have female captains and no one thinks that’s wrong or weird because they know that the Great Cartographer loves and trusts women.  Those boats actually like to travel in packs and help each other and the people visit back and forth all the time.

Plus, the water, although it does have sharks in it, is not shark infested. There’s also lovely porpoises, and friendly dolphins who like to keep a lookout for those who are barely swimming and need some help. 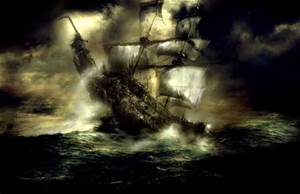 The reason so many on the great ship Bountiful are not aware of all these other boats, is the fog machine that the captain and crew have working day and night. Every now and then the fog gets a little weak and someone has a glimpse out into the water and sees light, and they tell everyone, but no one believes them and calls them names and accuses them of causing trouble.

Ms. Cook also states regarding the mutinous sailors, “Sometimes they persist in walking the plank or scaling a mast, just for kicks.”

Well, hardly. Those scaling masts are not playing around. They’re looking for the lights of the other boats. They’re trying to see above the fog the machine is creating. Those who are on the plank are looking for people in the water who need help. Or they know about the boats and are thinking of jumping out to go to them, but they’re afraid that if they abandon ship they will never see their family again. And what Ms. Cook sees as taunting or creating trouble, is actually the people who have seen the leaky ship for what it is, warning others about the bogus maps, the rotting timber, the weak steel, and the lights out there beyond the man created fog.

Ms. Cook is all for the other sailors shoving people off the boat. Which is hardly sporting. After all if someone feels the call to leave, wouldn’t it be better to gently help them to another boat without recriminations and assure them that they are still loved? But instead, she wants them all thrown overboard, which is nasty considering she thinks the water is infested with sharks. She gleefully envisions them being swallowed up by the sea instead of taken aboard a friendlier boat.

By the way, the sharks that are around, are there because the captain and the crew keep throwing them meat.

As for me, I managed to find a life raft and I’m scooting around looking for a friendly ship to take me aboard where I will feel like I belong and have something to offer. I like coffee and tea and playing
cards and I think a nice boat where women are equal and people help each other, even on the other boats, and no one is threatening to throw you overboard would be lovely. Especially, if they have the correct maps and are going the right way and they are strong and sturdy and made from the best materials. 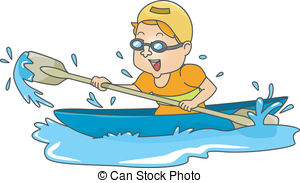 Because the Great Ship Bountiful just isn’t it.